With Harry Potter and the Deathly Hallows part one coming out, and the fact that my daughter's birthday was three months ago already, I thought it was about time I posted her Harry Potter Hogwarts birthday party. :) I set up a table to look like the Honeydukes Sweets Shop with lollipops, marshmallow wands, Snitch petite fours, and Hedwig owl cupcakes. (I know my fellow Harry Potter fans are disappointed because there aren't any licorice wands, like in the books, but we were on vacation; what can I say?) Of course we decorated with the red and gold colors of my daughter's favorite house. Go! Go! Gryffindor! My mom made the owl cupcakes based on the those in the adorable book Hello Cupcake. Since we wanted our owls to look like Hedwig we used butter cream frosting and generic vanilla Oreo's instead of the classic Oreo and chocolate frosting used in the book. We set up my mom's party tents and had different Hogwarts classes underneath each tent.
In Potions class my husband taught the kids how to make slime using borax and glue. Super easy to make, you can find the recipe here.  This ended up being a huge hit with the adults as well and the kids. In Charms class my sister gave each kid a sparkler and we practiced different incantations and proper wand waving. 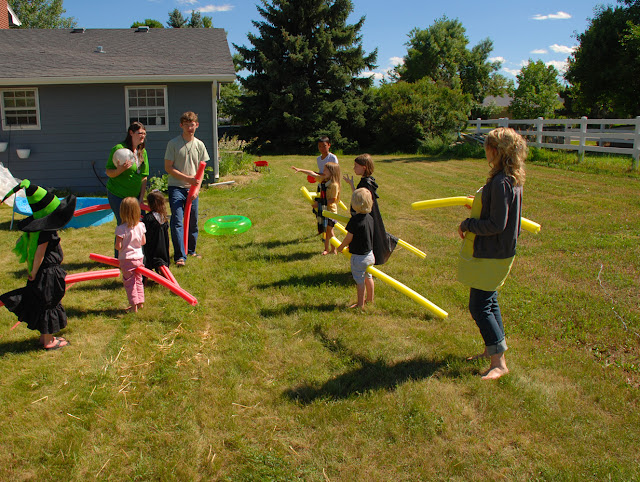 For Quidditch class we used pool noodles as brooms. The birthday girl got to be the Seeker and ran around trying to find the Golden Snitch, a little ball that was hidden in the yard. We even had Chasers, Beaters, and Keepers of sorts. We played with a few 3-year-olds who mostly just ran around; the rest of us tried to play as correctly as Muggles can. Confused? Here is how to play.
(Here is a different version where someone acts as the snitch and runs around trying not to get caught. It looks like a lot of fun). 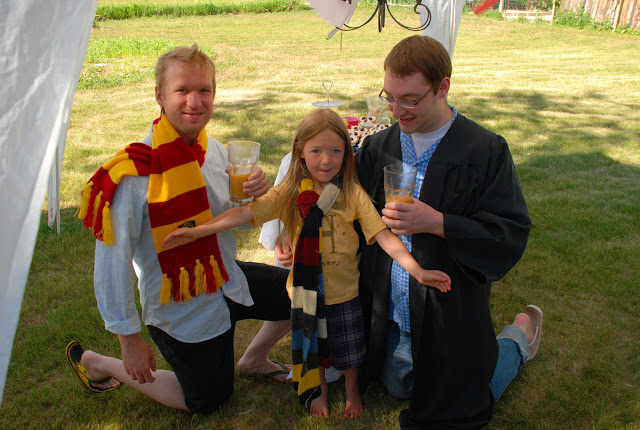 My brother-in-law Jon even made us some really yummy home made Butter Beer (a warm butterscotch/ rootbeer type drink). Really, really yummy! Thanks, Jon!
What a fun time we all had.
Here is a fun little note: While at the grocery store last week my hubby and daughter got free movie tickets!  Seriously! All they did was stare at the Harry Potter display in the store front and the manager came up and offered free movie tickets to the special pre-opening show. He said he could tell that our daughter was a really BIG fan and thought we would appreciate it. And we do! In fact I'd better go and pick up those tickets right now. :)
Email Post
Labels: my parties

Eadaoin said…
This just looks like so much fun, what a wonderful treat for your daughter to put so much effort into a special party for her :)
Sunday, November 21, 2010 at 9:59:00 AM MST

Holly said…
this is brilliant and inspiring since my son has already chosen a wizarding theme for his next birthday party (May)--and we are all crazy HP fans here. I love the cupakes and all the activities.
Thursday, February 24, 2011 at 11:31:00 AM MST 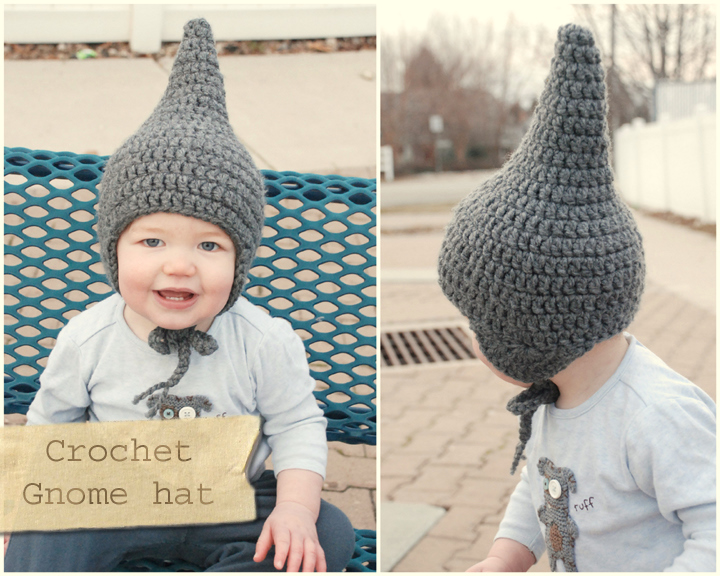 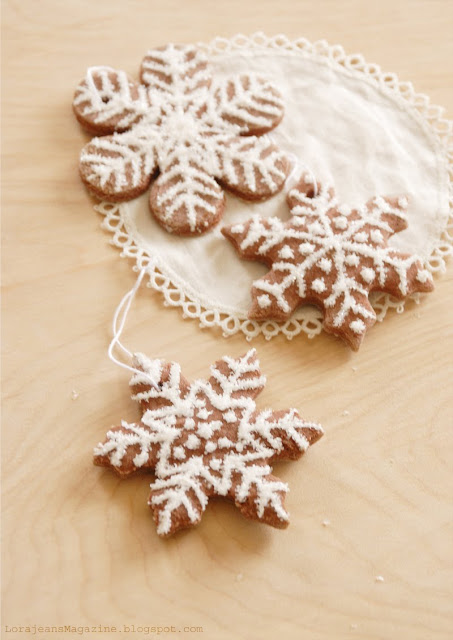 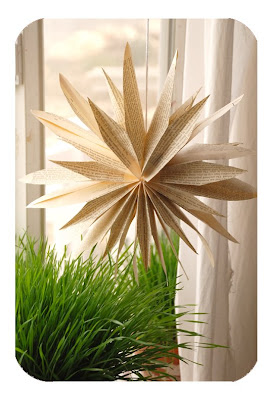